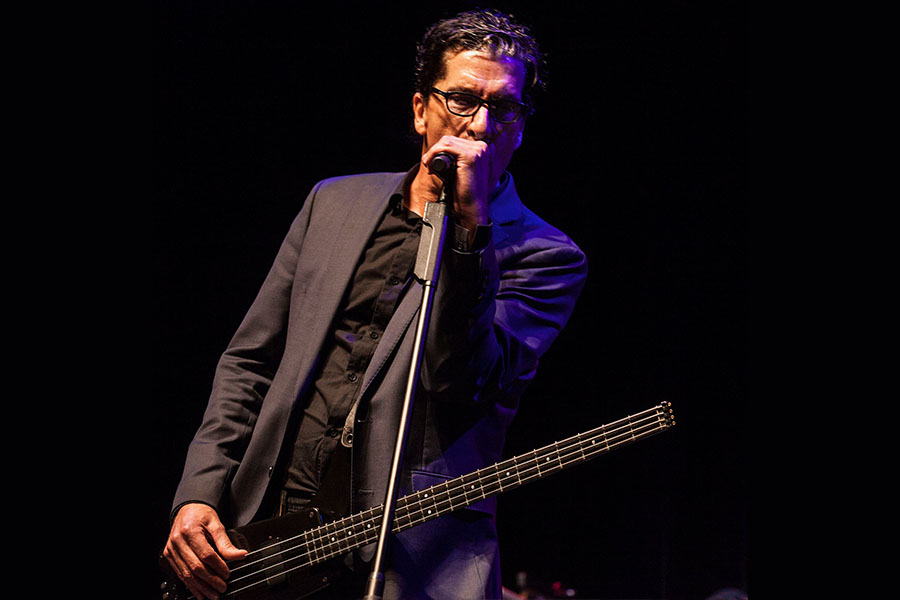 Slim Man, born Timoteo Camponeschi, discovered music at an early age learning to play trumpet, piano and guitar before studying at the Peabody Institute of Music in Baltimore, MD. He later went on to form the band BootCamp and performed alongside The Tubes, The B-52s, Squeeze, Split Enz, Johnny Winter, and many others. In the late 1990s, Slim Man started another band, Bona Fide, an instrumental group whose combination of funk and jazz brought forth the Number One single “X Ray Hip”. Bona Fide also received the Best New Artist Award at the Smooth Jazz Awards. They’ve released 4 CDs, the latest produced by Marc Antoine. He released his first CD “End of the Rainbow” and has since then released 12 CDs, with a new CD “Young at Heart” on the Way. He was named Best Jazz Vocalist at the Coachella Music Awards in 2016 and 2017.

Concerts are free with Festival of Arts Admission. Limited seating available in reserved section for $20 per person per concert. Reservations must be made prior to 9pm the night before the performance.

Cost:
Free with Festival Admission
Reserved Seats:
Limited seating available in reserved section for $20 per person per concert. Includes admission to the Festival of Arts Fine Art Show. Reservations must be made prior to 9pm the night before the performance. Purchase Now
House Rules:
Please review our House Rules prior to attending one of our concerts.