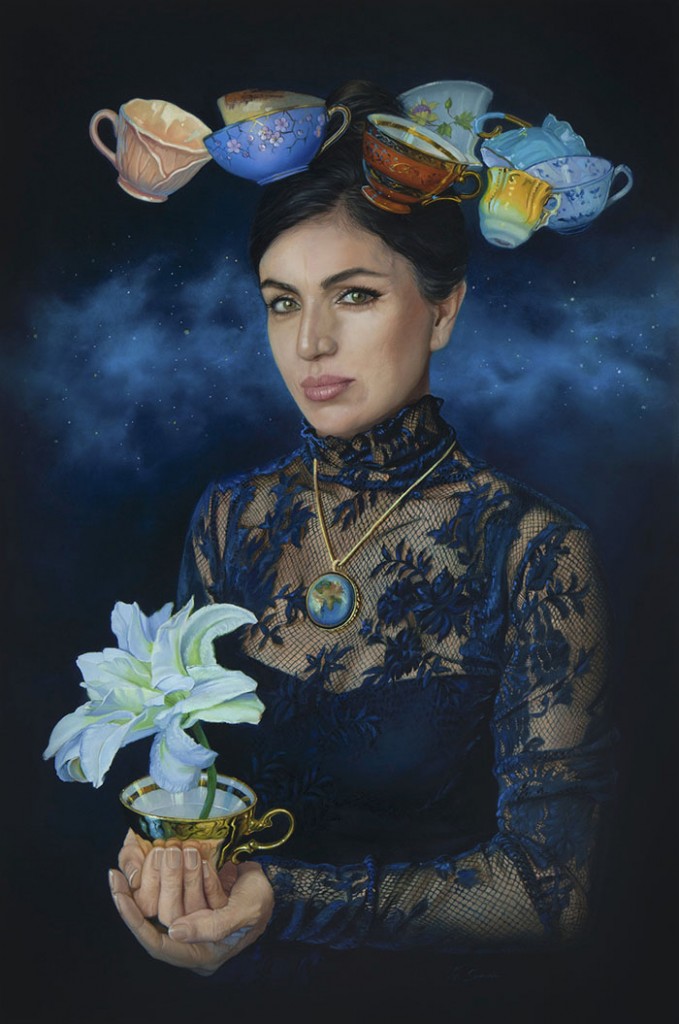 The Festival of Arts of Laguna Beach is pleased to announce the recent acquisition of first-year exhibitor Pegah Samaie’s The Heart of Gravity, for the Festival’s Permanent Art Collection, as approved by the Board of Directors. Samaie was one of twenty-four new artists juried into the Fine Arts Show exhibit in 2019; and her remarkable oil painting will join the over 1,000 two-dimensional and three-dimensional work featured within the Festival’s Permanent Art Collection, some dating back to the early 1900s.

“Pegah Samaie’s piece is an exceptional example of the high excellence of work what the Festival has on exhibit each summer,” said Pat Sparkuhl, curator of the Festival’s Permanent Art Collection. “Her narrative illustrates the depth of emotion involved in the painting she created; It’s a poignant review of her feelings on oppression and equality, rolled up into a classical portrait, and is what I feel the evolution of the collection.”

Using her artwork as a voice for women and the harsh experiences and constraints, Samaie reflects this concept and recent political conversation surrounding equality. The painting features a woman with hair decorations composed of cups and holding a flower. The Heart of Gravity features a galaxy behind the figure, and the eight cups to represent the eight planets in the solar system.

“The cups symbolize women as beautiful strong vessels,” shared Samaie. “All are orbiting in the same order, no cup is closer or farther, no cup is shinier or dimmer than other. They don’t touch, hit, or break each other. They follow the right format in order to respect each other. They give each other power to stand straight; their companionship helps them to grow and show us the beauty of life.” 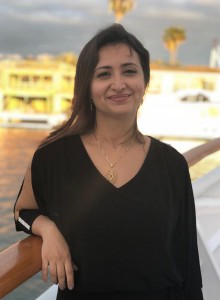 An American-Iranian artist who was born and raised in Tehran, Iran, Pegah’s art moves through the shadow of her past life. She uses art as a tool to face the experiences she and other women have encountered in a culture dominated by patriarchal governments and households. Her early experiences in Iran changed her perception of the role of women in society; they motivated her and influenced her way of talking about women. She received her BFA with honors from the prestigious Laguna College of Art and Design in Laguna Beach, CA, where she is now also completing her Master of Fine Art degree.

Pegah Samaie was a first-year exhibitor for the 2019 Fine Arts Show at the Laguna Beach Festival of Arts this past season. Her talent was not only recognized by the Festival of Arts jurors and the crowds that attended the event each day this summer, but also by Joshua Rose, editor of American Art Collector Magazine, who awarded Samaie with a special “Editor’s Choice Award” with her own feature in an upcoming issue.

Pat Sparkuhl adds, “The significant symbolism in Samaie’s work reflects her inspiration from art history and the on-going discussions surrounding oppression and equality – bringing us up to date on important topics of our current times.”